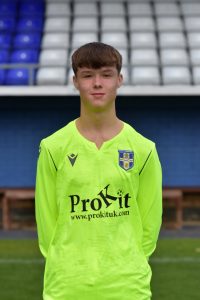 Confident and agile, Academy ‘keeper Harry Wilson cites the Bayern Munich number-1 Manuel Neuer as the inspiration for his style of play. Wilson grew up supporting Arsenal, and recognises his time as a mascot during the Emirates FA Cup as one of his earliest and fondest footballing memories. Having previously played for several BSCFC teams, as well as Manuden FC, Wilson is based in Stansted Mountfitchet and is proud to have earned his first minutes for the Academy this season.