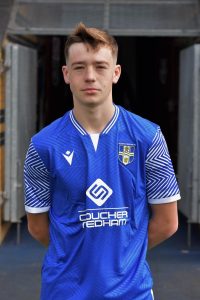 Time at Bishop’s Stortford: Enjoyable and intense at times.

Recent first-team debutant and academy captain Charlie has previously played for the likes of Cambridge United, Colchester United and Takeley FC. The capable midfielder enjoys throwing his body around the pitch for his team’s cause, and is a courageous communicator between whistles. Charlie recognises Lionel Messi as the greatest player to have ever graced the game, and has supported Chelsea FC through two Champions League titles. In his second year with the academy set-up, Charlie values the captaincy as a privilege.