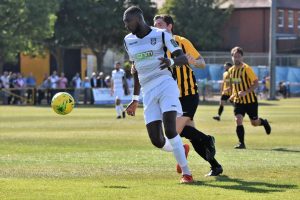 Blues saw their three game winning streak come to an end as they went down to a 77th minute goal at Isthmian Premier leaders Folkestone Invicta, on Saturday.
The visitors did enough to return home with a point, but Josh Vincent broke their hearts with a late winner.
Full-back Vincent netted at the second attempt after Blues keeper Fred Burbridge had brought off a good save from his initial volley. 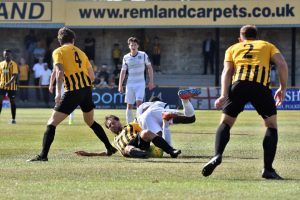 Skipper Sam Robbins returned to the side after missing the 5-3 FA Cup win at Dunstable, with leading scorer Jamie Cureton dropping to the bench as Stortford started the game in a 4-3-3 formation.
Folkestone, who went into the game on a four-game winning streak, started strongly with Robbins clearing Kieron McCann’s header off the line in the fifth minute.
Burbidge kept Blues on level terms in the 21st minute when Invicta’s top scorer Ira Jackson was put through by Sam Hasler. 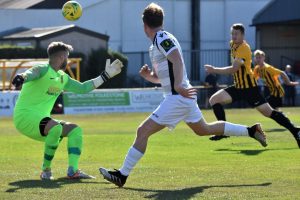 Despite losing Ben Sampayo to injury late in the first half, the visitors worked their way back into the game and shortly before the break they were unlucky not to take the lead when Ryan Charles powered down the left and sent in a perfect cross that Shomari Barnwell fired over.
Greene was replaced by Alex Warman at half-time, but Blues continued to look like the better side, with Charles going close after a good ball from substitute Sampayo’s replacement Kane Low and Charles again setting up Barnwell for an effort he couldn’t convert. 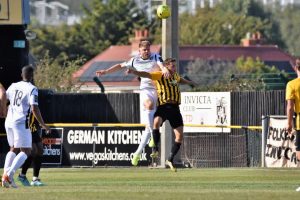 Blues looked good value for a point as the game entered its final 15 minutes before Vincent scored what proved to be the winner and even the introduction of Cureton with ten minutes remaining couldn’t get them the share of the spoils they deserved.
Blues: F Burbidge, B Sampayo (K Lowe 37), J Thomas, S Robbins, R Henshaw, R Charles, A Greene (A Warman 46), J Renee, M Haines, A Abdulla (J Cureton 80), S Barnwell. Unused subs: H Morgan, W Mycroft-Edwards.
Att: 533 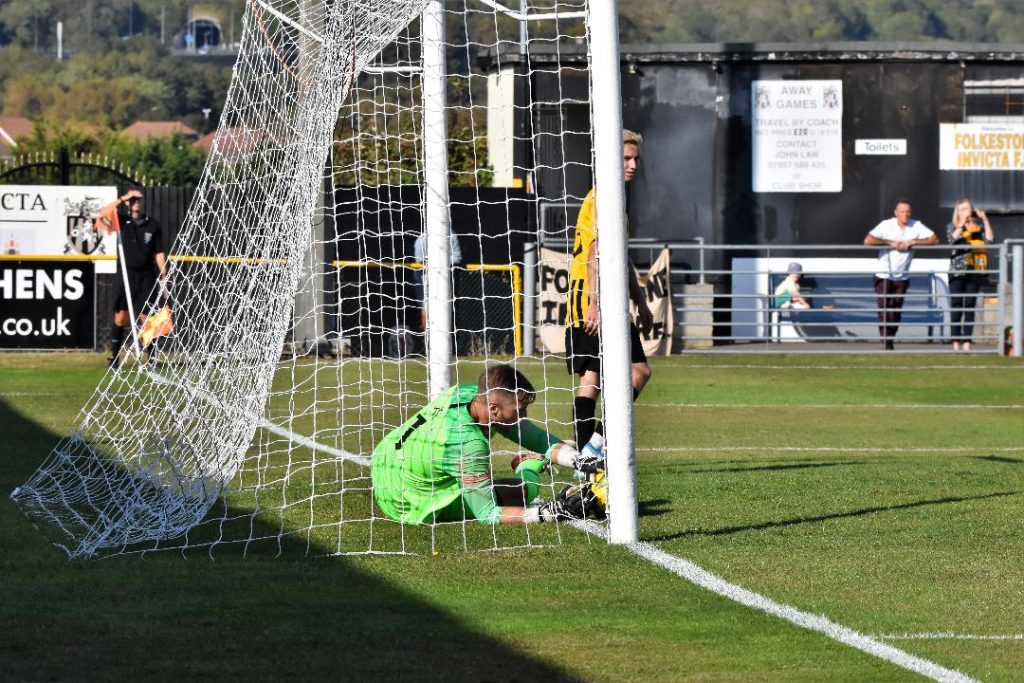