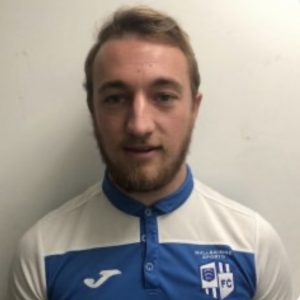 Matthew Baxter signed from Hullbridge Sports and was on the bench for Saturdays’ game against Merstham. The midfielder made 15 appearances this season for Hullbridge. He was a crucial part of their title winning side last season.