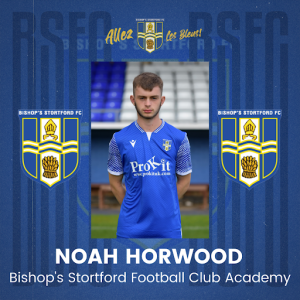 Having first appeared for a BSCFC team between the ages of 5 and 6 with Soccer Development, Noah is a passionate right-footed attacking player; he’s proud to have gotten his first minutes at the R&D Advisors UK Stadium this season. A Tottenham fan, Noah has always idolised Gareth Bale for his unpredictability and flair, and vividly remembers going to his first Champions League game, a 3-1 victory for Spurs against CSKA Moscow.