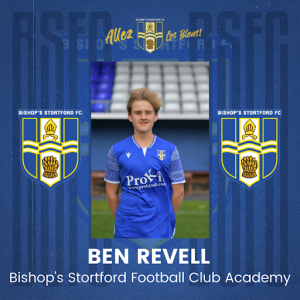 Central midfielder Ben joined BSFC at the start of the season, having previously played for Elsenham FC. Some of Ben’s earliest footballing memories are founded in his time playing in Elsenham, with the right-footed technical player keen to create more memories for himself at the R&D Advisors UK Stadium. A Liverpool fan, Ben has always revered Steven Gerrard for his leadership qualities, and counts the Reds’ 5-0 victory over Spurs in 2013 as one of his favourite fixtures in the club’s recent history.