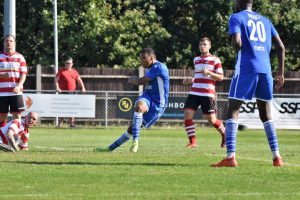 Blues got back to winning ways with an emphatic 3-0 win away at Kingstonian on Bank Holiday Monday
Stortford were coming off the back of consecutive away defeats at Enfield and Carshalton, while the Ks had started their season with three draws before a 3-0 loss away to Hornchurch on Saturday.Steve Smith’s men were up against a side who didn’t offer much in attack, but were tough to break down at times, with Shomari Barnwell, Johnville Renee and Ben Worman getting the goals.Barnwell was making his second competitive debut for the Blues, having played in Tuesday night’s friendly at home to Chelmsford City and in a previous spell at the Prokit in 2016. 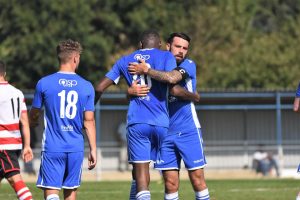 He terrorised home side’s defence in the first half with powerful driving runs, winning headers and got a goal to show for his efforts.The forward converted just before the break after he controlled a Kane Lowe cross with his back to goal, and converted low in the bottom corner on his left foot.
Renee had a shot from long range early in the match go over the bar, before an inspired Rob Tolfrey – without whom it may have been a cricket score – in the Kingstonian goal saved from point blank range. 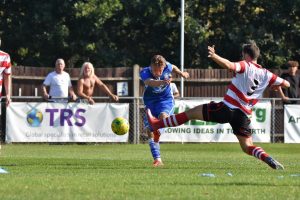 The midfielder scored in the second period though, after a good run down the right wing by Worman, the hosts failed to clear their lines and Renee hammered home into the top-left corner.
Cambridge United loanee Worman had his full-back on toast throughout the second, repeatedly turning defence into attack dribbling between the boxes for a goalscoring chance.
That was thanks in-part to a strong defensive display, with captain Sam Robbins, Ryan Henshaw and Mark Haines heading away any cross or set piece that looked threatening, giving the midfield and attack many opportunities to counter.
After having a big hand in Renee’s goal, Worman got one himself, cutting in onto his left foot, he curled the ball into the top corner from the edge of the box.
Kingstonian substitute Youssef Bamba had a chance to score late on, with his powerful drive stinging the gloves of goalkeeper Fred Burbidge – the first real save he had to make – with what would have been only a consolation goal.
Kingstonian: . Rob Tolfrey, Sean Clohessy, . Simon Cooper, , Ollie Cook, Tom Kavanagh, Gus Sow (Bamba 54), , Kenny Beaney (Thompson 76), , Louie Theophanous , Reece Hall (Davies 54), , Fabio Saraiva
Blues: . Fred Burbidge, Ben Sampayo, Jack Thomas (Warman 81). Sam Robbins, Ryan Henshaw (Morgan 80), Jamie Cureton Johnville Renee, Mark Haines, Ben Wormanm Kane Lowe Shomari Barnwell (Miles 63). Unused subs William Mycroft-Edwards, , Ryan Charles 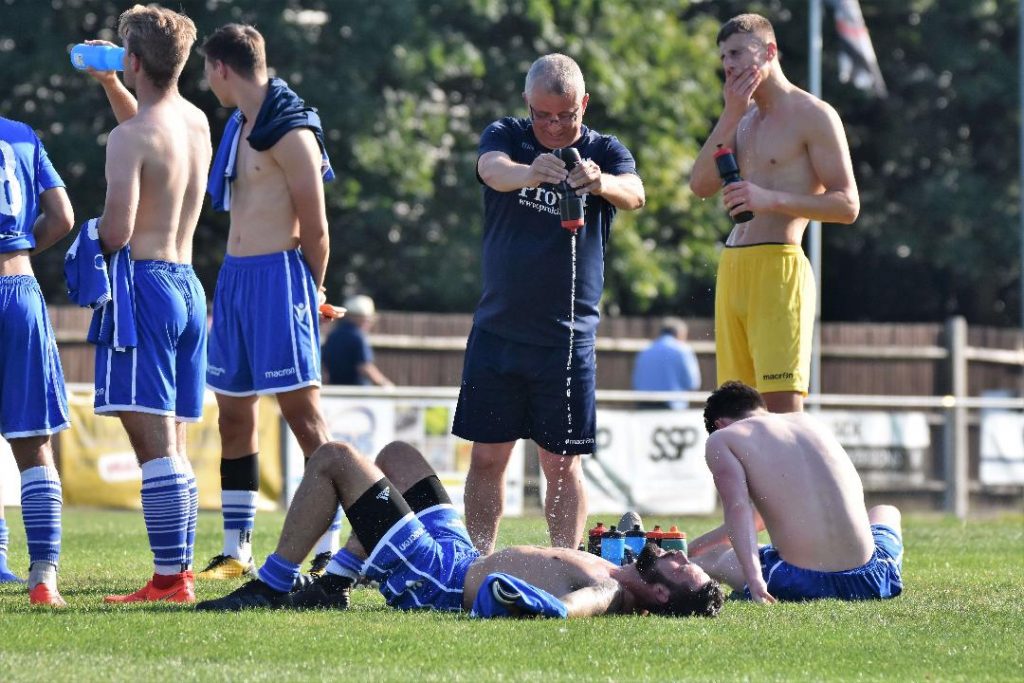