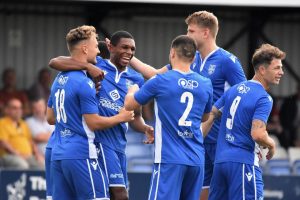 Jamie Cureton celebrated his 44th birthday earlier in the week with a brace as Blues moved up to seventh in the fledgling Isthmian League Premier table with a 3-2 win against Hertfordshire rivals Cheshunt, on Saturday.

It took only four minutes for the hosts to take the lead as Shomari Barnwell marked his return to the ProKit UK Stadium by flicking the ball on from a long kick to Cureton, and the veteran ran in the left channel before delicately scooping the ball over Ambers’ goalkeeper Harry Girling from a tight angle. 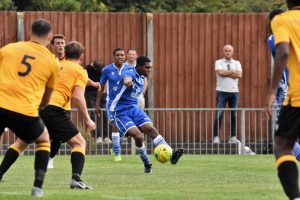 A soft foul by Mark Haines on Tom Hitchcock gifted the visitors a chance of an equaliser, and it was Hitchcock – who played against Harlow and Heybridge Swifts in pre-season for the Blues – that sent Fred Burbidge the wrong way to level the game with his fourth penalty of the campaign..

Cureton’s second was nearly identical to his first, with another Barnwell flick on presenting a shooting chance, and he converted again into the bottom corner with a lobbed finish on the half hour mark.

It took only three minutes for Blues to double their lead as Ryan Charles dribbled past two defenders before rifling a low shot into the bottom left of the goal. 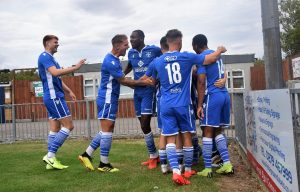 In the second half, the Blues looked rocked by the loss of captain Sam Robbins in defence, and as a result Cheshunt fought their way back into the game.

Aaron Greene made a welcome return to the action, he came off the bench for his first league appearance this season after suffering an injury in the last friendly.

In a frantic few minutes, Ben Worman had a shot cleared off the line before Ryan Henshaw headed away a goal-bound effort at the other end.

The sustained pressure from our visitors told, with Taylor McKenzie heading home from close range, after no defenders had picked up the man at the far post waiting to deliver the ball across.

The Blues kept the ball – something that they had struggled to do after the break – in the corners to see out the win. 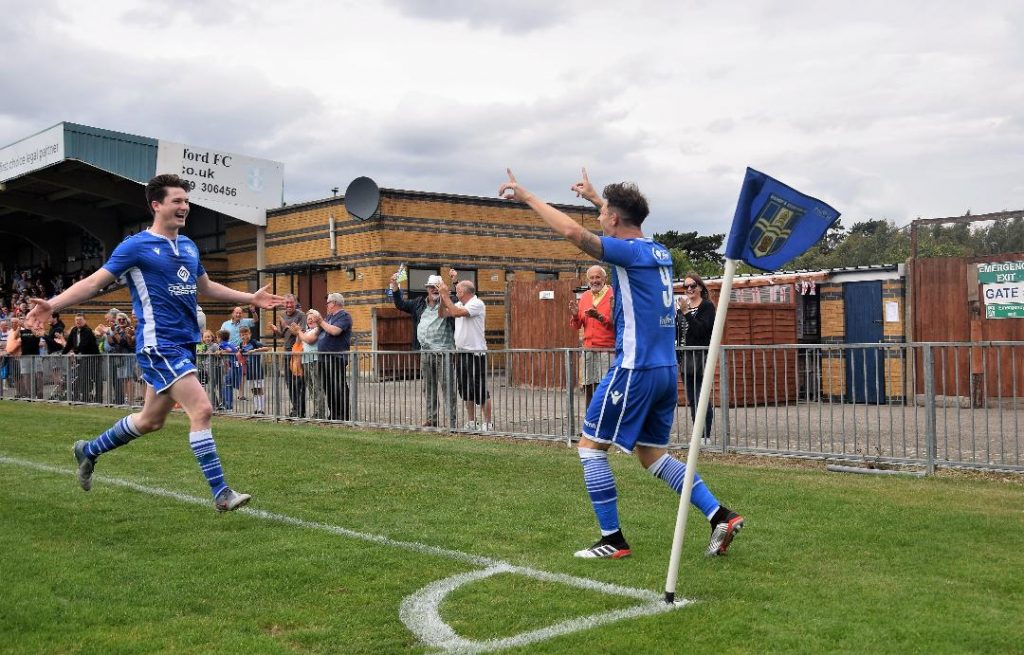