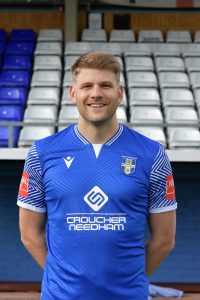 Bishop’s Stortford Football Club is proud to announce that Aythorpe Flyer has sponsored Blues defender Mark Haines for the ‘21/’22 season.

Haines made his debut for the Blues in the Conference North during his first spell at the club whilst on loan from Chelmsford City, and rejoined the club in 2019 after becoming the Clarets’ record appearance holder with near-300 appearances. The defender scored our first Home goal of the season – a towering header – against Kingstonian FC.

Aythorpe will receive a signed shirt from Mark at the end of the season, and his name will feature in the programme alongside Mark’s. If you’d like to sponsor a first team or academy player at Bishop’s Stortford Football Club, please email generalmanager@bsfc.co.uk for more information 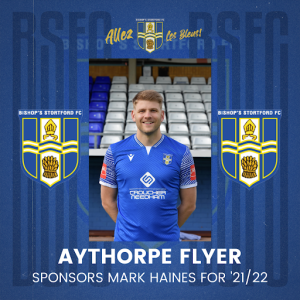