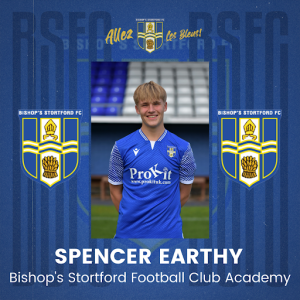 Right-footed defensive midfielder and academy vice-captain Spencer Earthy is an industrious, hard-tackling ball-winner often tasked with shielding his side’s defence. Having previously played for teams in Elsenham and Dunmow, Spencer regards his first home win with the academy last season – against Barking – as a highlight of his time at the club. Spencer recently captained his side for the first time against Borehamwood at the R&D Advisors UK Stadium.