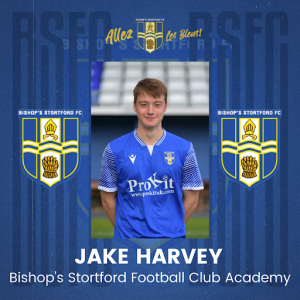 Versatile creative player Jake Harvey can play in midfield or along the front-line, and the Arsenal fan cites former Gunners playmaker Santi Cazorla as one of his footballing idols. The energetic right-footed Harlow native only joined the academy set-up in September ‘21, but can already count the clubs FA Youth Cup victory against Hornchurch as a true highlight.